[ecis2016.org] The Bombay HC has rejected the Maharashtra government’s move to denotify all existing silence zones and said that areas near hospitals, schools, colleges and courts, shall continue to remain as silence zones, as per its 2016 order

Rejecting the Maharashtra government’s stand that silence zones do not exist in the state as of now, the Bombay High Court, on August 23, 2017, said that its 2016 order declaring areas near hospitals, schools, colleges and courts as silence zones shall continue to operate. The state’s advocate general Ashutosh Kumbakoni, had told the court on August 22 that pursuant to an amendment to the Noise Pollution Rules of 2000, all areas declared as silence zones in the past stood denotified.

“Until the state government files an application, seeking to review or recall the order passed by us in August 2016 and the application is heard and finally decided, the 2016 judgement shall continue to operate,” a division bench of justices AS Oka and Riyaz Chagla said. However, Kumbakoni said, “According to the government, the 2016 order cannot operate pursuant to amendment to the Noise Pollution (Regulation and Control) Rules, issued by the central government on August 10 this year (2017).” He said the government was ready to file an application, seeking to review or recall the order which cannot be operated. The HC then said it would hear arguments of all parties concerned, including the government and pass an order.

[ecis2016.org] An area not a silence zone unless declared so: Maharashtra government to HC

As per the amended rules, issued by the union government on August 10, 2017, any area/zone cannot be considered as a silence area/zone, until and unless specific declaration to that effect is made by the state government. According to the government, the amendment rendered the high court’s 2016 order infructuous. Kumbakoni said the state government would carry out a fresh exercise to identify areas, which need to be notified as silence zones.

Read also : Will the NCR property market be able to shake off its prolonged slump?

“The state government cannot take a stand that loudspeakers can be used everywhere and let people suffer. This is not fair. If the state government’s mind was fair and clean, it should have said till the time it does not apply its mind and declare areas as silence zones, it would abide by the high court order of 2016,” justice Oka said.

Kumbakoni told the court that the state government was only trying to make the high court order more workable. “There are so many small dental clinics and educational training institutes in the state. What is the point in declaring these areas as silence zones?” he asked. The court was hearing a batch of petitions, seeking strict implementation of the Noise Pollution (Regulation and Control) Rules in the state. 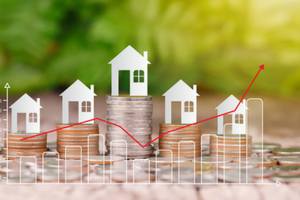