[ecis2016.org] The Delhi High Court has sought the response of the Delhi government and municipal bodies, on a plea seeking directions to halt the regularisation of unauthorised colonies, till proper infrastructure is developed in such areas

A Delhi High Court bench of acting chief justice Gita Mittal and justice C Hari Shankar, on November 3, 2017, issued notice to the AAP government, North MCD and the DDA, asking them to submit responses in 10 days, on a plea seeking directions to them not to regularise unauthorised colonies, till proper infrastructure is developed in such areas and the buildings conform to safety norms. The court listed the petition for November 15, 2017, when a similar matter comes up for hearing, in which the high court had earlier set up a committee to look into the menace of unauthorised construction in all corners of Delhi.

Claiming that there were over 1,700 illegal colonies in the national capital, which have come up with the alleged ‘active connivance’ of the officials of the local authorities and the Delhi government, the petition sought an immediate stoppage of unauthorised constructions. The plea, by advocate Arpit Bhargava, claimed that illegal constructions have come up in violation of the National Building Code 2005 for seismic zone IV, in which Delhi falls and the order of the high court that no building should be allowed to come up without complying with the norms.

He has sought directions to the authorities ‘to stop regularisation of any unauthorised colony, till infrastructure development has taken place in all such colonies and safety norms are complied with’. In his plea, he has also sought fixing of accountability on the officials, who had allowed such unauthorised colonies to come up and taking of strict action against them. 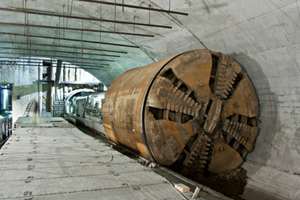