[ecis2016.org] The Income Tax Department has issued a final attachment order against some assets, in connection with its probe into benami assets of RJD chief Lalu Prasad Yadav and his family

Officials privy to the benami assets probe against RJD chief Lalu Prasad Yadav and his family, have revealed that the Income Tax (I-T) Department has issued an attachment order, against a firm allegedly involved in the case – AB Exports Private Limited – and also alleged that Prasad’s relatives were the beneficiaries of the immovable properties of this firm. A property in south Delhi’s New Friends Colony is owned by this firm, they said.

Read also : Year-end trends: Technology to be a big factor in Indian real estate in 2019

A provisional order for attachment under the Benami Transactions (Prohibition) Act, 2016, was issued by the department in June 2017 and now, the order has been confirmed after adjudication, they said. The cases of other assets, which were provisionally attached in June, will also be processed similarly, they added.

Read also : The top 5 property purchase plans in the market

The tax department had attached about a dozen plots and buildings in Delhi and Bihar, including a farmhouse and land in the Palam Vihar area, a building in the upmarket New Friends Colony area of south Delhi, nine plots on a 256.75 decimal land area in Patna’s Phulwari Sharif area, where a shopping mall was being constructed, among a few others in the same area in Bihar’s capital. The department has said these alleged benami assets bear a deed value of about Rs 9.32 crores but the taxman has estimated their current market value at Rs 170-180 crores.

Benami properties are those in which the real beneficiary is not the one in whose name (benamidar) the property has been purchased. The Act allows for the prosecution of the beneficial owner, the benamidar, the abettor and the inducer to benami transactions. Under the provisions of the Act, assets held benami after the final prosecution are liable for confiscation by the government, without payment of compensation. The Prasad family has said the cases are the outcome of a political vendetta against them.

Will the reduction in GST rates for real estate, make properties cheaper or more expensive? 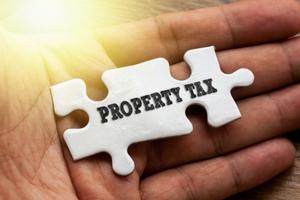 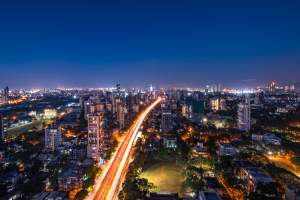