[ecis2016.org] With the objective of trying to avoid a repeat of the floods witnessed in the state in 2015, the Madras HC has directed the Tamil Nadu government to consider amending the Town and Country Planning Act, to disallow constructions on wetlands

The Madras High Court, on September 6, 2016, directed the Tamil Nadu government, to look into suggestions made in a PIL against mindless conversion of wetland areas, so as to avert flooding in the city like last year.

You are reading: Look into suggestions on wetland to halt deluge: HC to TN Govt

A bench comprising chief justice Sanjay Kishan Kaul and justice R Mahadevan gave the directive while disposing of the petition, which advocated amendment of Section 47-A of the Tamil Nadu Town and Country Planning Act, 1971, to impose certain conditions for preservation of the wetland areas.

Petitioner SD Premchand, former chairman of Madurantakam Municipality, while referring to last year’s deluge, cited a news report, which said that one of the main causes of the flooding, was because wetlands in the city had shrunk from 80% in the 1980s to just 15% now, due to unplanned and rampant urbanisation.

[ecis2016.org] Ways in which climatic conditions impact a property

He contended that in order to prevent mindless misuse of lands adjoining water bodies like lakes, conditions may be incorporated in Section 47-A of the Tamil Nadu Town and Country Planning Act. He attributed the flooding last year to unauthorised constructions that encroached on water bodies and areas near them.

The bench, referring to a full court judgement on the issue, in its order said that an area that is classified as a water body, cannot be converted for any other use. “Thus, in our view that approach would also equally have to be applied, by keeping in mind the problem of conversion of wetland areas for urbanisation. We would call upon the state government, to look into the suggestions of the petitioner for amendment of the section, to further serve the intent of the amendment carried out on January 1, 2011, for preserving wetland areas,” it said.

The petitioner had advocated that an amendment could be considered, to the effect that no development/construction should be allowed at any cost in wetlands.

UP lowers consent bar to 60% for land pooling 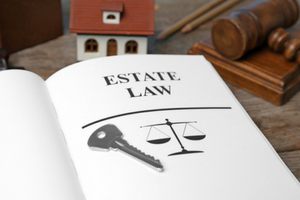