The Mumbai Metropolitan Region Development Authority (MMRDA) is planning to invest Rs 62,943 crores on infrastructure, to develop a metro rail network of 157 kms in Mumbai. The MMRDA is already implementing two metro corridors – the Andheri (east) to Dahisar (east) Metro-7 corridor (which is 18.5 kms long, with 17 stations) and the Dahisar (west) to DN Nagar Metro-2A corridor (which is 16.5 kms long, with 16 stations). While the project cost of the Metro-7 corridor is Rs 6,208 crores, the cost of the Metro-2A corridor is Rs 6,410 crores.

All these corridors are expected to serve more than 40 lakh commuters in the year 2021, from more than 160 metro stations in the city and the metropolitan region. “Considering the way Mumbaikars have embraced the Versova-Andheri-Ghatkopar Metro-1 corridor, I will not be surprised if the numbers go beyond what has been predicted today,” said UPS Madan, metropolitan commissioner, MMRDA. More than four lakh commuters use Mumbai’s first metro corridor, every day. This corridor has reduced the commute time from 70 to 90 minutes, to only 20 minutes.

Read also : Interest subsidy scheme for MIG housing to be effective from January 1, 2017

“I also expect that these metro corridors will encourage Mumbaikars to take public transport and dump thousands of vehicle trips that harm our exchequer dearly, in terms of usage of fuel at the cost of the environment,” said Madan. Besides providing commuting comfort, the network will also generate employment opportunities for about 10,000 engineers and about 40,000 skilled and unskilled workers.

On the operational front, the metro rail will use regenerative braking system, which will also help to save about 25 per cent in power consumption. 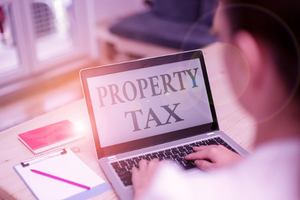