[ecis2016.org] While hearing a bunch of PILs on the issue of noise pollution, the Bombay High Court has pulled up the Maharashtra government for its failure to comply with its orders and warned the administration against treating the issue in an adversarial way

Observing that there has been no real compliance of several orders on the implementation of noise pollution norms, the Bombay High Court, on September 7, 2017, said that the Maharashtra government should stop treating the issue in an ‘adversarial’ way. The high court has, in several orders passed in the past few years, directed the government to ensure strict implementation of the provisions of the Noise Pollution (Regulation and Control) Rules, 2000. These included an order to procure decibel meters for every police station, for recording noise levels during festivals or other events and taking action against violators.

You are reading: No real compliance of orders on noise pollution: Bombay HC to government

The HC had also directed the revenue department to inspect illegal pandals, erected for the Ganesh festival or other events and report them to civic officials. It had also sought setting up of a dedicated helpline and websites, where complaints about noise pollution can be filed.

“We find that even today there is non-compliance of various directions in our orders. There is no compliance in a true sense. Everything is just on paper. We do not understand why the state government is taking this matter as adversarial. You may disrespect our orders but you still have to comply with it,” a division bench headed by justice AS Oka said.

The court went through two charts submitted by government pleader Abhinandan Vagyani, regarding inspection of pandals carried out by revenue officers across the state and reports submitted to civic bodies concerned. “There is something seriously wrong with the charts,” justice Oka said, asking Vagyani to re-verify them.

The court directed the state Urban Development Department and municipal corporations, to file affidavits on action taken against illegal pandals. The court also sought a compilation of complaints of noise pollution received during Ganesh festival and a statement about action taken on these complaints. The court, which has been hearing a bunch of PILs on the issue of noise pollution, posted the matter for further hearing to September 29, 2017. 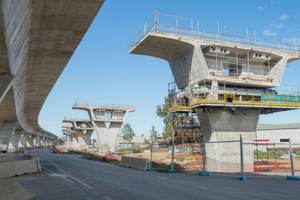