[ecis2016.org] The population of wealthy Indians, with assets of over USD 50 million, is likely to grow by nearly 71 per cent by 2022, becoming the third-largest contributor in Asia with respect to wealthy population, a survey has revealed

According to property consultant Knight Frank’s Wealth Report 2018, at 54 per cent, India has recorded one of the fastest growth in its population of individuals, with a net worth of USD 50 million, between 2012 and 2017. “India is expected to add more than 2,000 such individuals, at a higher growth rate of 71 per cent by 2022. Cities like Mumbai and Delhi would be among the top 10 markets, to witness the highest addition in households earning more than USD 2,50,000 annually, between 2017 and 2022,” the report said.

You are reading: Population of wealthy Indians to grow by 71 per cent by 2022: Report

The country is also expected to become the third-largest contributor in Asia, with respect to wealthy population after China and Japan, it said. The report, which tracked the burgeoning super-rich population across 314 cities of 52 countries, revealed that the number of ultra-wealthy people, with USD 50 million or more in net assets, rose by 11,630 in 2017, taking the global total to 1,29,730.

“India is one of the major drivers of ultra-high net worth population growth in Asia, which is a bright spot in the global landscape. At 71 per cent, India shall record an accelerated growth in super prime population during 2017-2022, compared to an already high 56 per cent growth witnessed in the past five years,” Knight Frank India’s chief economist and national director – research, Samantak Das said.

However, the inclination to invest in property is lower for the ultra-wealthy Indians, compared to their global peers, he added. “Only 23 per cent of wealthy Indians are interested to invest in property (excluding a primary residence and secondary home) in India, compared to 43 per cent globally. For those looking to invest outside India, the top choices are the UK, the USA and the UAE,” he said. Amongst those willing to commit to property, a heightened level of interest in the asset class of commercial real estate, particularly office and logistics/warehousing, is witnessed on the back of a stream of policy interventions, Das added.

In terms of wealth alone, wherein the index measures the number of the ultra-high net worth and high net worth individuals and rate of wealth generation in a city, Mumbai ranks in the top 20, with Delhi at 22nd and Bengaluru at 26th positions, respectively. According to the report, India’s wealthy population in the prime category (over USD five million of assets) rose to 47,720 individuals between 2016 and 2017 recording 21 per cent growth which is more than double the global average of nine per cent and one-and-half times the Asia average which is 14 per cent. 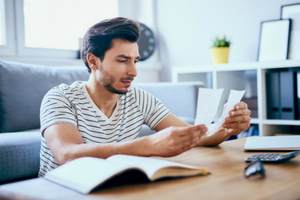