[ecis2016.org] The property market, long considered as a safe haven for black money, seems to have taken a big hit from demonetisation, with developers seeing their sales drop by about 50% in the last three months

Genuine buyers in the residential real estate market, appear to be holding back their purchase plans, on hopes that the interest rates would fall further and the property prices would plunge, post demonetisation, which some see as a ‘cleansing’ of a sector infested with illicit funds.

As per the industry data, the secondary or resale market, where maximum black money typically gets parked, has been worst-affected, as transactions almost dried up, barring some interest in marque properties, due to the paucity of cash, after the scrapping of old Rs 500 and Rs 1,000 notes.

The registration of properties also saw a decline. In the process, developers are estimated to have incurred revenue losses of Rs 22,600 crores, because of the cash ban, while state governments suffered a notional loss on stamp duty of Rs 1,200 crores, as per property consultant Knight Frank India.

States are yet to revise guidance values or circle rates post demonetisation, but may have to soon consider lowering the rates to reflect market sentiment.

Read also : Relinquishment deed: Everything you need to know about it

“Property sales, in both, primary and secondary markets, were affected during November-December, 2016 due to demonetisation, as consumers postponed their buying decisions, not only in real estate but across all the sectors,” realtors’ apex body CREDAI President, Getamber Anand said. Sales in the primary market have started to improve, with banks lowering interest rates on home loans, he said, adding that it will take some time for revival in the secondary market, where buyers need to reengineer their investment strategies. DLF’s CEO, Rajeev Talwar, said the real effect of demonetisation will be that secondary sales would also become like primary sales and transactions will happen through banking channels. “Real estate will become totally transparent,” he added.

According to Knight Frank, which tracked the primary residential market of eight big cities, housing sales fell by 44% during October-December 2016 at nearly 41,000 units, compared with the year-ago period, while new launches dropped by 61%.

The Delhi-NCR market, which was already facing demand slowdown and huge delays in project completion, saw the maximum fall in housing sales during October-December, at 53%. Mumbai saw a 50% decline in sales in Q4 2016, Bengaluru 45%, Ahmedabad 43%, Hyderabad 40%, Pune 35%, Chennai 31% and Kolkata 20%. The fall could have been steeper but for high festive sales in October, days before the demonetisation was effected.

“The Indian government’s demonetisation move on November 8, 2016, brought the market to a complete standstill. Against this backdrop, developers refrained from announcing any new launches and buyers turned extremely cautious before committing on purchases,” the Knight Frank India report said.

On the impact on the secondary market, Knight Frank’s Samantak Das said “The resale market is under tremendous pressure, after the demonetisation move. Besides, traction for some marque properties, there were hardly any transactions. It will take 2-3 quarters for the resale market to witness some uptick in sales. The deals will be much more transparent now,” he said.

Asked whether black money in realty will be completely eliminated, post the notes ban, CBRE chairman (India-south-east Asia) Anshuman Magazine said “While it is still too early to gauge the full impact of the demonetisation drive, we believe that it is a bold step towards bringing in transparency into the sector and boosting consumer sentiment and investments in the sector.”

JLL India’s newly-appointed country head Ramesh Nair, feels that it cannot be said with certainty that the problem of black money has been completely eliminated from the sector. “Cash was seen to be involved in certain segments of luxury housing and with smaller developers, as also with the secondary housing market. New measures have made it difficult to undertake cash-driven transactions and there is a greater acceptance for undertaking clean transactions,” he said.

Cushman & Wakefield noted that the property sector, has been a safe haven for unaccounted money, due to the unorganised nature of the industry and transactions in the secondary housing market and land deals had a high component of cash involved. However, it said that “Since the government announced demonetisation, cash payments in such kind of transactions have been eliminated to a large extent. The difficulty in making cash payments has resulted in slow sales, especially for those developers who relied heavily on cash transactions”. 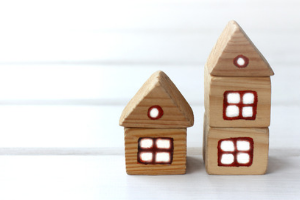 How will COVID-19 impact the second homes market? 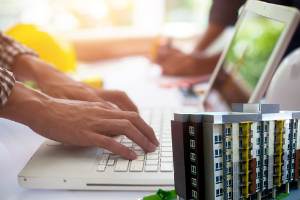 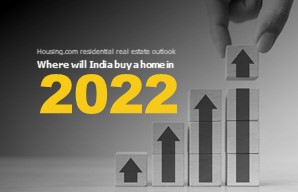