[ecis2016.org] The Kanch Mahal at Sikandra, Agra, is one of the most intricately and exquisitely-finished architectural marvels of the Mughal period

The Kanch Mahal, which lies in close proximity to Akbar’s Tomb at Sikandra, is a testament to the domestic architectural style of the Mughals. This exquisite monument is shaped in the form of a square and was originally encircled by a beautiful garden with the regular water-courses, causeways and tanks alike.

You are reading: Kanch Mahal: An exquisite architectural wonder of the Mughal period

It was known to be a ladies’ resort which also doubled up as the royal hunting lodge (Shikargarh) for emperor Jahangir, who built this magnificent structure.

You will find the remnants of the historic ‘Charbagh’ with the water channels and tanks along with the causeway and this was why the structure was originally patronised by the women as a resort. Historians feel that the structure came up sometime around 1605-19. It was earlier under the Church Missionary Society although the Department of Archaeology now holds responsibility for the monument’s upkeep.

The two-storeyed landmark comes with a square central hall, which has a vaulted soffit for roofing purposes. Here are some fascinating facts about the famed Kanch Mahal that you should know.

The central hall opens towards the southern and northern sides, with two rectangular central portals for company. There are four square rooms in the four corners, each opening for ventilation on at least a couple of sides while one is also connected with the dalan on the side. This was a lovely modification of the square plan of nine parts that was usually used for Mughal masterpieces in India. There are two stairways in the south-east and south-west corners, leading to the first floor which has rooms and halls corresponding to the plan on the ground level. This overlooks the compound below via windows or Jharokhas and balconies or Gaukhs. This creates an airy feeling and the rooms are all connected via narrow passages. There are two more stairways going till the terrace which may have contained an arched and Jaali-worked Saraparda or curtain, making it appear more like a third floor.

As mentioned earlier, the southern and northern facades were near-identical with each one containing a deep, broad and imposing central portal. This rose till almost the building’s total height and up to the frieze. This was surrounded on each side by a smaller arch positioned on the ground floor. This opened into the next room to it, through the appealing, semi-hexagonal shaped Jharokhas with exquisite Jaali work for company. There was a cupola roof with a semi-hexagonal shape and the northern façade is the sole one that exists till date. The western and eastern sides were also near-identical. Hence, there were four Jharokhas in total, two each for the southern and northern façades while four Gaukhs covered the western and eastern sides of the landmark. The structure contained the iwan or the painted arch which comprised the main portal of the façade in the northern side. This measures roughly 7.24 metres in height and is 5.11 metres wide. The sides have raised chowkis or seats which are key features of the entrance portal or poli.

The entrance into the central hall from the portal is via an oblong doorway that has been crafted with stone framing. There is a sculpted Chhajja which is supported by six lovely brackets that showcase Mughal classical art touches. There is a Jharokha-like broadly pointed arch for the first floor and this is similar to the one seen in the central arch for the Qal’ai-Kuhna Masjid Old Fort in New Delhi. The panel-like system covers the entire mural surface with a view towards carving out vertical and horizontal zones. The buff-coloured sandstone along with red stone, for the panels, adds contrast.

[ecis2016.org] Leh Palace: A wonder in every sense of the word

Glazed tiling is the key attraction on the upper portions including the roofs and friezes. Although there is no dome, the arch is inspired by design touches of the Jamuna-Chambal area. The central hall was ultimately opened to the sky during the late 17th or early 18th century. This also became a standard plan for residential homes in the Jamuna-Chambal region over the years.

Where is the Kanch Mahal located?

The Kanch Mahal lies near the tomb of Akbar at Sikandra, in Agra.

When was the Kanch Mahal built?

Historians feel that the iconic Kanch Mahal was built sometime around 1605-1619.

How many floors does the Kanch Mahal have?

The Kanch Mahal comes with two floors and a terrace. 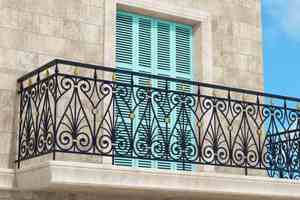 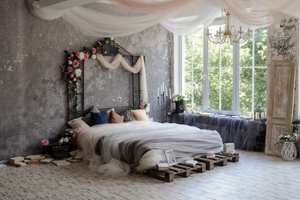 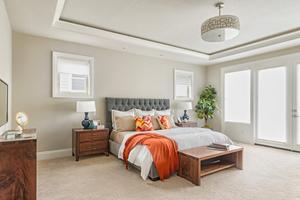