Padma Shri Sahabzade Irfan Ali Khan, aka Irrfan Khan, left a void in the cinema industry, when in 2020, at the age of 53, the versatile actor passed away. In 1987, as a college graduate he won hearts, for his short yet stellar performance in Mira Nair’s Salaam Bombay and that was just the beginning of an illustrious career in national and international cinema. He is survived by his life partner of 25 years, Sutapa Sikdar, a writer who graduated from the National School of Drama, just like Irrfan Khan. Khan’s two sons, Babil and Ayan Khan also live with their mother.

Irrfan Khan with his wife, Sutapa

About the legendary Irrfan Khan’s property in Oshiwara, Mumbai

If you look back, there is so much to know about Irrfan, the man, the actor and his lifestyle. Thankfully, we have social media where his son shares pictures from the past that are such a pleasant reminder of Irrfan. Did you know that Sutapa, Babil and Ayan live in a beautiful high-rise in Oshiwara? Earlier, the family lived in Madh Island but in 2016, the Khans moved to this apartment, which is undoubtedly, a reflection of the taste and sophistication that we all know and saw in Irrfan Khan.

Shabnam Gupta, interior designer of the Peacock Life and The Orange Lane-fame, who designed the homes of Kangana Ranaut and Parineeti Chopra, also designed Irrfan Khan’s property in Mumbai.

A journey through Khan’s property, in images

Gupta recalls Khan and says, “This is what legends are made of.”  The entrance lobby in the actor’s house has a wonderful blue colour and it is quite a pretty sight. Check it out for yourself.

The living room of the Khans

Thanks to Gupta, we have a clear view of the living room. The concrete ceiling, the installation art, the blues, pinks and the subtle shades of ivory white, are a treat to the eyes. With the greenery outside and within the room and with small cots, the space has a nice mix of rustic, bohemian and urban décor. We especially love the mirrors on the wall and the many works of art that he sourced from artisans across Rajasthan, his native place. Note the swing with the pink seating.

In this picture of Irrfan and wife Sutapa in their living room, the room is clearly defined by the couch that is a fine and classy combination of colours. Much of this house has pleasing Indian art and aesthetic and the Khans have paid much attention to detail. There is a very organic feel to the house and cannot be said to be influenced by any particular school of design or thought.

[ecis2016.org] A look at Aamir Khan’s properties in Mumbai and Panchgani

Thanks to Gupta, we get a complete view of the bedroom. The bedroom has whites, wood and blues, with the concrete peeping as an arch over the window. The room is stately and elegant at the same time and defines the Khans so well. Also notice the vintage chair in the room. On the whole, this property is a complete mix and match of the rustic, the traditional, the bohemian and chic at the same time.

The other bedroom is also very Indian and classy. Against the bold blue, this bedroom has a rusty look. The family’s love for art is visible in the lovely paintings on either side of the royal bed. The mirror in this bedroom is definitely straight out of a royal home!

Sutapa took to her Instagram handle, to share this beautiful picture. There is a lot of greenery around the house, although it is a high-rise construction.

Again, blue shades dominate this room. The dining room is near the living room. Whites and blues make for a grand dining area. You can also see the mirrors. Irrfan had confessed that, as an actor, he loved to catch quick glimpses of himself. We love how he was able to facilitate that so naturally in his property. 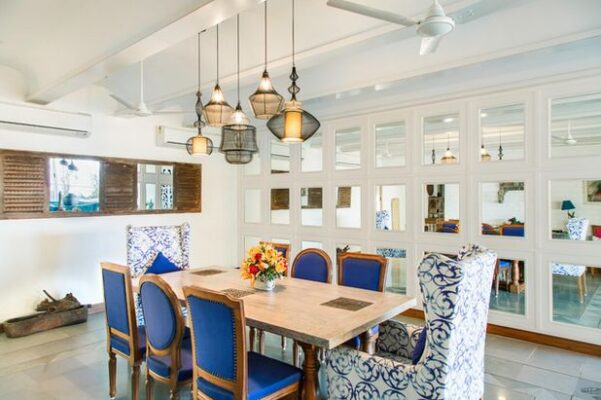 Babil also takes to Instagram every now and then and we love it when he posts something about his dad, whose untimely death shocked the film fraternity and his fans.

Thanks to Babil, we also secured a peek into Irrfan Khan’s old property in Madh Island. The man had a fine taste and despite the stardom, his choice of a lifestyle remained down to earth forever. Babil captions this heartfelt post as, “This is my father’s old room near the beach before we shifted to the city. This is where he did most of his work. Studying acting now, I think of one of the ideas that he used to implement: that the craft has immense emotional similarities to playing around as a child.”

He goes on to recall, “At age nine, when you hold that cricket bat inside the walls of your room, you can feel a stadium roar and see a bowler rushing to knock your head off. When I held that nerf gun in my hands, my father’s empty room always echoed in the silence of Madh Island, but in that moment I was John Wick, surrounded by bad guys with machine guns, gunshots everywhere and you can hear them, you know? I was a woman once, after watching Chak De India and I’d get excited dribbling around imaginary defenders and then really shoot that solid ball with my hockey stick and I’d break something. Oh I’d always break something, ma would get so pissed. I think you’ve got to find the child in you and keep it alive, no matter how old you get.”

What does Babil Khan do?

Babil Khan, son of Irrfan, who is in his 20s is a cinema student.

Where is Irrfan Khan and Sutapa’s new home in Oshiwara?

Sutapa and her sons, Babil and Ayan, live in DLH Enclave CTS no. 1A/1B/2, Goregaon village, on New Link Road. 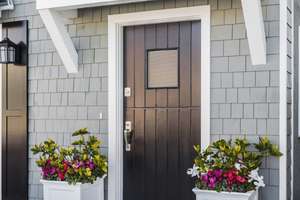 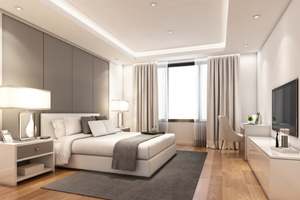 Hotel style bedroom: How to get the most luxurious bedroom? 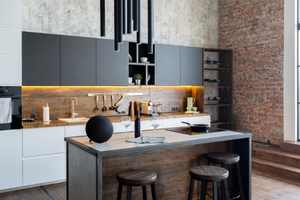 Enhance your home walls with décor quotes and illustrations 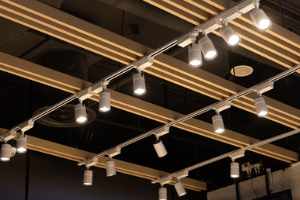 All about track lighting 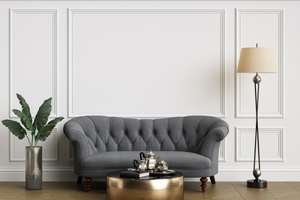