[ecis2016.org] A day after Pune police’s Economic Offence Wing conducted searches at the offices and residence of city-based developer DS Kulkarni, the force has written to banks to freeze around 70 accounts of his real estate group

Pune DCP (cyber & economic offence wing), Sudhir Hiremath, has said that the Pune police had written to banks and asked to freeze around 70 accounts of the real estate group, DS Kulkarni.

Meanwhile, the police said the number of complainants have soared to around 600. IPC sections 409 (criminal breach of trust), 120B (criminal conspiracy) and relevant sections of Prize Chits and Money Circulation Schemes (Banning) Act, 1978, have been added in the FIR. Sources from the EoW said that they have also notified agencies like the Enforcement Directorate, Securities and Exchange Board of India (SEBI) and sub-registrar offices, regarding the case against DS Kulkarni, popularly known as DSK. “Since DSK is a listed company, SEBI was informed. Since the ED looks after money laundering, they too were notified about a case and to prevent further property dealings of the group, sub-registrar offices where the property transactions are registered, have also been informed,” said a senior police official from the EOW.

Read also : Signature Bridge to be opened to the public by October 31, 2018: Delhi deputy CM

A case was registered against Kulkarni and his wife Hemanti on October 28, 2017, on a complaint by 65-year-old Jitendra Mulekar that he did not get back his investment from Kulkarni’s real estate group. Following the first complaint by Mulekar, police received scores of complaints from depositors who claimed that they did not get back their money from the developer. Based on the complaints, searches were carried out at the developer’s offices and residence on November 2, 2017, in the city to scrutinise the documents.

According to some complainants, there are around 8,000 depositors who have invested with the group’s fixed-deposit scheme but they neither got their money, nor the interest from the developer. For the past several months, all these investors, largely pensioners, have been queueing up at the developer’s office in Pune. Meanwhile, Kulkarni has approached the court, seeking anticipatory bail. 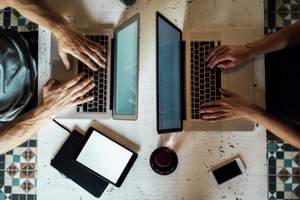 Key Difference between a serviced office and a co-working space