[ecis2016.org] The Supreme Court has ordered the centre to take possession of the scam-tainted Adarsh tower in south Mumbai, by August 5, 2016, while issuing notices on pleas challenging the demolition of the building

The Supreme Court, on July 22, 2016, asked the centre to take possession and secure the 31-storeyed controversial Adarsh apartments in Mumbai and issued notices to various stakeholders, on pleas challenging the Bombay High Court’s order asking the civic body to demolish it.

You are reading: SC asks centre to take possession and secure Adarsh apartments

The centre gave an assurance to the court that the building would not be demolished.

“We will secure the building and the land and there will be no demolition,” solicitor general Ranjit Kumar, appearing for the centre, assured the bench when the counsel for the Adarsh Cooperative Housing Society sought a stay on the demolition order of the high court.

A bench comprising Justices J Chelameswar and AM Sapre, also asked the registrar general of the Bombay High Court to ensure that either he, or a registrar nominated by him, oversee the handing over of possession of the building, on or before August 5, 2016.

The bench asked the registrar of the high court to ensure that all the documents and records pertaining to the society, are inventoried and handed over to the housing society simultaneously, when the Director of Military Estate or his nominee takes over the possession of the building.

Earlier, on April 29, the Bombay High Court ordered the demolition of the 31-storey scam-tainted Adarsh Apartments in the heart of Mumbai and sought criminal proceedings against politicians and bureaucrats for ‘misuse’ of powers, holding that the tower was illegally constructed.

However, on a plea made by the Adarsh Housing Society, a division bench later stayed its order to pull down the building close to the sea at Colaba, for 12 weeks, to enable it to file an appeal in the Supreme Court, despite the Maharashtra government opposing it.

In its order, the division bench had asked the Union Ministry of Environment and Forests, to carry out the demolition at the expense of the petitioners (Adarsh Society).

The HC had also asked the centre and Maharashtra government, to consider initiating civil and criminal proceedings against bureaucrats, ministers and politicians for misuse and abuse of power to get plots under the scheme, originally meant for Kargil war heroes and war widows.

History of the Adarsh scam

The Adarsh scam kicked up a huge political storm after it surfaced in 2010, leading to the resignation of the then Congress chief minister, Ashok Chavan.

In February 2016, the Maharashtra governor accorded sanction to the CBI, to prosecute Chavan under the provisions of the Indian Penal Code in the case.

In 2011, the state government set up a two-member judicial commission, headed by Justice JA Patil, to inquire into the scam.

After probing the issue for over two years, it submitted its report in 2013, which found that there had been 25 illegal allotments, including 22 purchases made by proxy.

Later, the CBI, the Income Tax Department and the Enforcement Directorate (ED) also investigated the scam.

In January 2011, the Union Ministry of Environment and Forests had issued a demolition order, mainly on the ground that the society did not have coastal regulation zone (CRZ) clearance.

Adarsh Society filed a petition in 2011 in the Bombay High Court, challenging the demolition order issued by the Union Ministry of Environment and Forests.

The Defence Ministry also filed a petition in the high court, seeking implementation of its demolition order, besides filing a title suit in the high court, claiming that it was the owner of the plot on which the plush Adarsh Society building stands in south Mumbai. 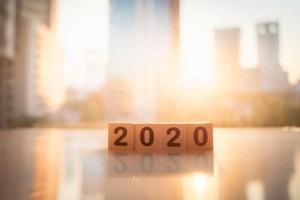 Decade 2020: What can home buyers expect from the real estate sector?