[ecis2016.org] In a bid to preserve heritage buildings in the national capital, conservationists and architects have called for the modification of building byelaws, to allow the owners to utilise such buildings for commercial purposes, so that they are not sold for redevelopment

Walking through the narrow, winding lanes of Sita Ram Bazar in Chandni Chowk, where the overhead web of electric wires and encroaching tarpaulin shades outside shops make every day seem cloudy, the once two-storey building of Haksar Haveli is easy to miss. Over 100 years ago, it was here that Jawaharlal Nehru was wedded to Kamala Kaul. Now, it is a heap of garbage, next to an overgrown peepul tree, behind a rusted iron-sheet door encroached on both sides by shops. While the Haksar Haveli and several other unprotected monuments in old Delhi and other areas of the city stand in neglect, conservation experts on the eve of World Heritage Day which falls on April 18, 2018, stressed that the buildings were a slice of history and should be preserved.

Conservation architect and former INTACH Delhi chapter convener AGK Menon, felt that while the conservation of unprotected buildings was a ‘complex problem’, it could be achieved with the government’s support and by encouraging people to protect structures that underlined the city’s rich heritage. Buildings that do not come under the Archaeological Survey of India (ASI), are generally not protected legally, so they get neglected, he said. “The Delhi government has decided they will look after unprotected buildings and provide protection,” Menon said. Legally, only 17 buildings were protected by ASI and hundreds, including havelis, were unprotected. “They are also heritage. The Delhi government has notified about 1,200 such buildings and slowly, they will be conserved,” he said.

Read also : COVID-19: How to market your resale property

Some of the unprotected monuments, especially havelis, in the city are private properties, which are either crumbling or being sold to private builders. A petition filed by Kusum Sehgal with the high court, alleged that the Haksar Haveli was being ‘destroyed’ by builders for their ‘financial lust’ to construct a multi-storey building in its place. Haksar Haveli is among 1,321 similar buildings across Delhi, according to the petition, where ‘illegal and unauthorised’ construction was happening.

“There are so many buildings built in Shah Jahan’s time. Such beautiful buildings that are not possible to be built in today’s time. There were havelis spread over 9,000 sq ft. They are part of Delhi’s character, its identity,” she said. Sehgal suggested that the owners of the buildings be legally bound, not to construct on the land. “Original owners sell the land to builders, since they don’t have any use for it. We do not care who owns the building, as long as it remains the way it was. No construction should happen,” she said. She held that the authorities should get the owners to sign an affidavit that they would not construct over or demolish the old buildings. “They need to realise that these structures are part of the heritage and everything that’s possible, should be done to protect them,” Sehgal said.

Menon, while citing ways to avoid such situations to keep an owner from selling the heritage building, also mentioned the limiting laws that made conservation a difficult task. “We are now trying to give incentives to the owners of the havelis, to conserve the buildings. Since these are private buildings, the government may not be able to spend money on them. So, we are encouraging the owners to do it. Otherwise, they will demolish it and make a multi-storey building. It’s happening all over,” he said.

Conservation architect Ratish Nanda, who recently finished the conservation work for Sunder Nursery near Humayun’s Tomb, also echoed Menon’s thoughts and said a similar approach was required for smaller monuments. “What is essential, is each historic building, no matter how small or big, is an asset and it needs to be treated like an asset and not a burden. We need incentives, such as government incentive on conservation. It needs to become a priority,” he said. 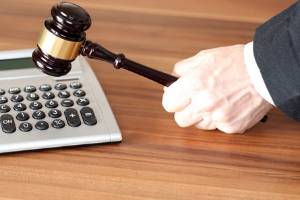 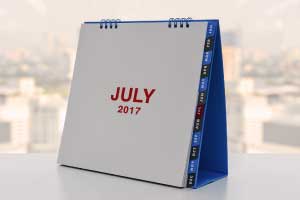